The Religare is a five day comparative religion workshop that will teach you a powerful technique to quickly and easily form a practical understanding of any religion.

The Religare is a function based approach to the study of religion. The Religare is a profound insight that will help you form a concise, impartial and clear understanding of any religion. Think of the Religare as the Rosetta Stone of all religions. If you are looking for answers in your life then the Religare is the best place to start. It has no opinion on which religion or if any religion is right for you. The Religare Conference will not give you answers. What you will learn is an amazing tool that will help you ask the right questions. When you own this skill for yourself then you will be able to find the answers that are right for you.

All prices are in US dollars. Conference Registration Fee only covers conference admittance and does not include hotel accommodation, travel, transportation or any other charges.

Tuition does not include meals, transportation to and from conference site.


Lake Las Vegas has two great hotels The Westin and The Hilton. There are also many great villas should you need privacy or security. Our staff can help with accomadations. Seats fills up fast and space is limited. Reserve your space today. If you have any questions or special needs please contact us.

The course has a Curriculum and reading materials that the student is to use to prepare for each class. The Course has a Practicum, which is a conversational component where the student is expected to participate. There is a research paper due at the end of the course.


The Religare online can be best described as a series of guided conversations about the topic of religion. The Religare is a tool nothing more. The Religare has no answers. It is a tool to help you ask the right questions. In this way find the answer that is right for you.

Why Take this Course ?

Religion is a single thread that runs through your entire life from the cradle to the grave. Whether you are a Fortune 500 Brand Manager or a Stay-at-Home-Mom, a deeply religious person or devout atheist, being able to make sense of religion, any religion, is an invaluable skill to possess. The Religare is an amazing course that will show you how to cut through the rhetoric and get the truth for yourself. You will learn more in one class than you would from an entire lifetime of study. This is not an esoteric course aimed at the seeker sub-culture. This is for anyone that is serious about understanding religion. This is a revolutionary new way of looking at religion and being able to make sense of it from a modern, practical perspective.

Is religion something important to understand ?

If you don't think religion is important to understand then consider the facts. According to CIA Factbook over 90% of people on planet earth are explicitly religious. Religion touches every part of your life. It's in the places that you live and work, it's in your home, in the movies you go to, it's in the advertising on your television, it's in the schools, it's in sports, healthcare and even the food you eat. Religion is the architect of politics. Behind almost every news headline is religion. Religion is the man behind the curtain. It is everywhere. All around you. Religion is big business. Wars are fought for economic reasons but even in the 21st century, religion still stokes the fire of conflict. While non-affilated religiosity is in vogue at coffee shops, the fact is Religion is on the rise on college campuses all across the US. Religion isn't going away. Once you understand religion you will realize that humans culture in fact cannot exist without it. Science will never replace religion. As Americans, we would like to think ourselves as a scientific society. The fact is we are the most religious of all the industrialized nations. If you want to truly understand your world then you must begin at the very foundation of it. You have to understand Religion. The Religare will show you how to do that for yourself.

Who is behind this?

The Religare is a tool that comes from an agostic religion called Natural Spirituality. Natural Spirituality is a religion but it has nothing old or new to believe in. It has no god to fear, no guru to follow, and no story to believe. This means no one will try to convert you. There is nothing to convert to because there is nothing here to condemn you. Natural Spirituality doesn't work that way. One of our core values is non-interference. Non-interference has a valid moral, ethical and spiritual significance for us. It is our prime directive so to speak. The Religare is an agnostic tool. It cannot tell you what to believe. it is neither anti-religion nor is it pro-religion. The Religare is a technology not a belief system. All we are offering is an education. All you will get is a way to develop a unique skill that allows you to quickly and easily, get a practical working understanding of any religion. The Religare includes a framework for conducting research on religions, which you will be doing yourself. The Religare Conference is about learning a skill. What we will show you is how to own that skill for yourself.

Do I need to know anything about religion?

The Religare is for any open rational person. You do not need to be a religious person. Theists, agnostics and atheists are all welcome to attend. The Religare was designed to be practical enough for anyone to use. It does not require any knowledge of religion to begin with. You will conduct your own research. What we do is show you how. The Religare is a framework for you to organize what you will discover by your own research. The tool is practical enough for a novice and robust enough for post-graduate-level divinity student.

What kind of person attends this?

The Religare Workshop is a secular, non-denominational, educational conference. The only prerequisite to taking this course is that you be open to new ideas. This means you are the kind of person who accepts that other people believing something that you don't believe does not make them bad. Believing something does not make it true. Every human being has an inalienable right to believe what they want to believe. You need to be the kind of person who respects other cultures. The kind of person who can accept that it is ok for people to be different from each other. This is what we mean by being an open rational person. If you are an open rational person then the Religare will add depth and meaning to your experience of life.

What do I need to bring?

The Workshop is held in Lake Las Vegas. Las Vegas is a desert and it is very hot in the day time. There are lots of pools and ample time for relaxation and contemplation. The night-life of Vegae strip is only 20-mins away. Light casual clothing is recommended. Informal attire is suggested when attending the conference classes. The course material is on an ipad app. Classes are broken up into small study groups, where writing materials and notebooks will be provided. Everything you need in terms of materials will be provided. It is always a good idea to bring a laptop of your own.

I would like a group program or to put this event on at my company?

Religion is an important issue in the growing multi-cultural workplace. True tolerance only comes from understanding other cultures. The Religare is a tool that can help build the foundation for understanding cultures in the growing global marketplace. As a general rule we do not put on remote events. Instead we prefer to train and license the tools to qualified instructors. We can help you locate qualified instructors. If you have a special request for a group event, send us an email. We would love to hear from you. 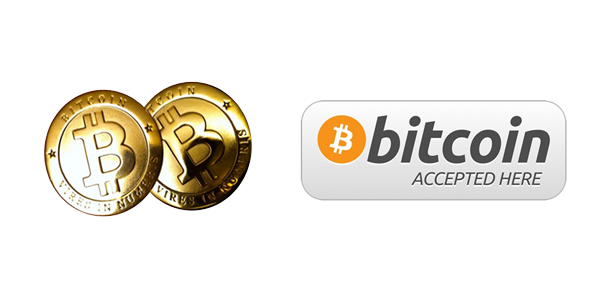 The only prerequisite is an open mind. Anyone over the age of 16 can take the course.

Need to talk to someone about Religare. Talk to an Odigo. They are not here to sell you anything.